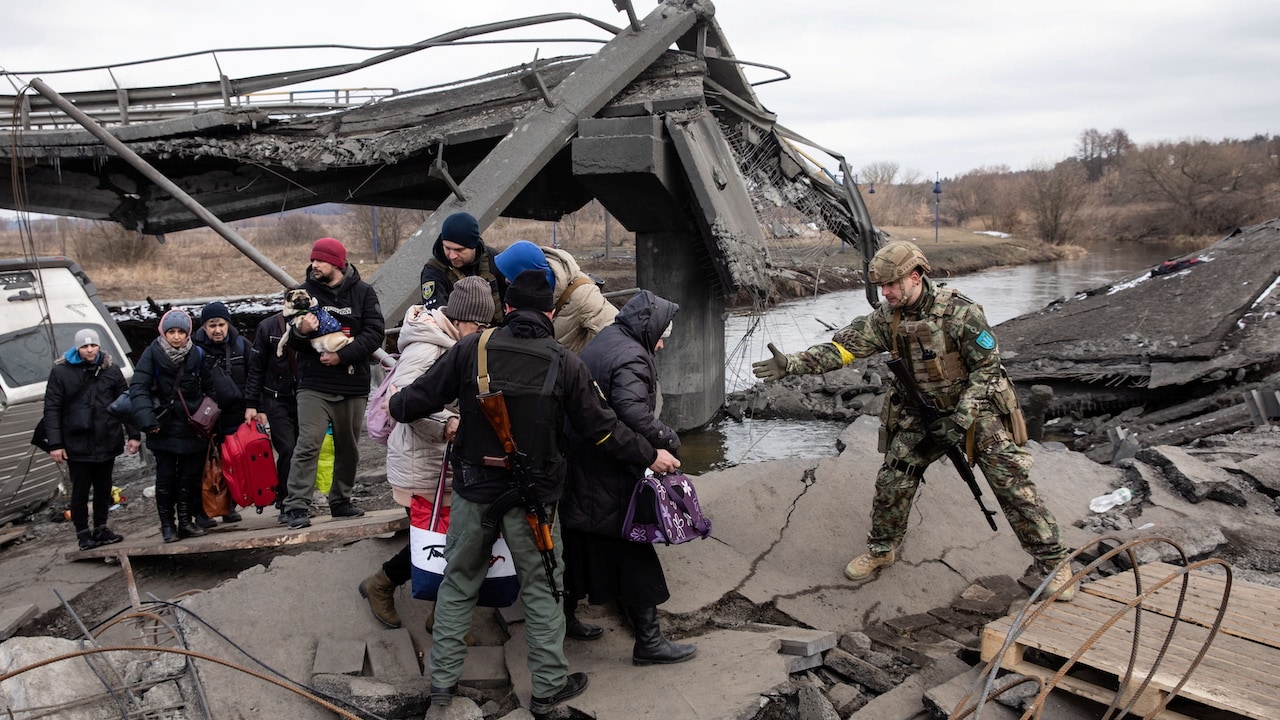 The war changed the lives of Ukrainians forever, and it will change the world forever.

Where does it stop? Who benefits from this war? These are the questions asked by many inhabitants of this planet, who never thought they would see the horror of war in their lifetime. I too have no experience of being in a war or on a battlefield. But as an Indian, I am no stranger to politics, and war, we now know, is nothing else. My observations here therefore concern only a reluctant Indian observer.

The hypocrisy of oil

We will punish you. We will cut you off from the global financial system. We will freeze your assets. We will send weapons to the nation you are at war with. But we will buy your oil and gas, because we need it. Because without it, we will be paralyzed. And that we can’t have. Do you understand the irony?!

The way the great European nations have acted, together with the American big brother, against Russia stinks of hypocrisy. You can’t say I’m going to cut off all your limbs but let you live and feed yourself, because I’m at the other end of the umbilical cord (gas pipeline) which breathes life into my economy.

And now, with reports suggesting that China may soon invade Taiwan, one wonders what hypocrisy the United States will stoop to. Remember that the trade in goods and services between the United States and China is over $600 billion, with China being the largest trading partner of the United States. Additionally, the balance is tilted towards China, with the country’s exports accounting for around $450 billion of total trade. The United States imports all kinds of machinery, toys, sports equipment, furniture, bedding, clothing, etc. from China. Imposing sanctions on China would be a difficult decision for the United States, unless, of course, it imposes sanctions only on Chinese oil.

We’ll see how this one plays out, but what seems clear from recent developments is that our world is becoming polarized, not unified. The Russians and Chinese clearly seem to be relenting to counterbalance American and European dominance. And given their combined economic and military power, their implied threat will not be undermined. Our world is ready to change.

Everything smokes no fire

The key catalyst for the battle in Ukraine, from what I have gleaned, appears to be his proposal for induction into the North Atlantic Treaty Organization (NATO), a military alliance of the United States, Canada and 28 European nations formed after the Second World War. . Obviously, Russia was not amused by the idea of ​​having NATO forces stationed on its borders, and so it opposed the integration of its neighbors, Ukraine, Georgia and the Maldives in the alliance. The likelihood of NATO bringing Ukraine into its fold was likely a significant factor in arousing Russian anger.

But that’s not the point. After courting Ukraine and overtures, NATO members chose to simply watch from the sidelines in the early days of the war as Russia crossed the border. If it hadn’t been for a smart and savvy social media pundit, Ukrainian President Zelensky, who waged war in the online world, which drew widespread condemnation, there might not be had no support.

People power and its questioning of the moral positions of its own governments have pushed Europe into action. And even now, the support seems mostly in terms of weapons and ammunition. Nobody is ready to send his men into the trenches to confront the aggressor. But the Ukrainians still resisted very well. Zelensky, for his part, has spoken a lot about being left to fend for himself against the mighty Russian army, in what is hardly a “fair” battle. This even as the Europeans think about new sanctions to impose, and make rhetoric, but continue to buy oil.

The death of innocence

The loss of life in Ukraine is tragic. Civilians and soldiers lost their lives for nothing. Their shattered dreams, their shattered families, their dismembered babies, their crushed old men…the horrors of war have been revealed on the global web for all to see. People who once made screwdrivers are now making molotov cocktails – bottles filled with liquor or gasoline with rags or rags that are ignited before tossing them. Their world changed, and so did ours as witnesses to a most brutal crime committed by the greatest nations of this world, all for their own selfish ends.

Everyone now knows that people who die in a war don’t participate in it. Even journalists and the medically handicapped were not spared. It is a relief that Indian students who were in Ukraine are now back home. But what about their future? Has their career been destroyed? Who will take responsibility for this loss?

Zelensky, a former actor and comedian, is sure to be more than amused by some who would nominate him for a Peace Prize. The scripted hero has now become the hero of the Ukrainian war in this theater of the absurd, where your neighbors sit on the fence and encourage you to toast even as your limbs are severed. War is a dirty word.