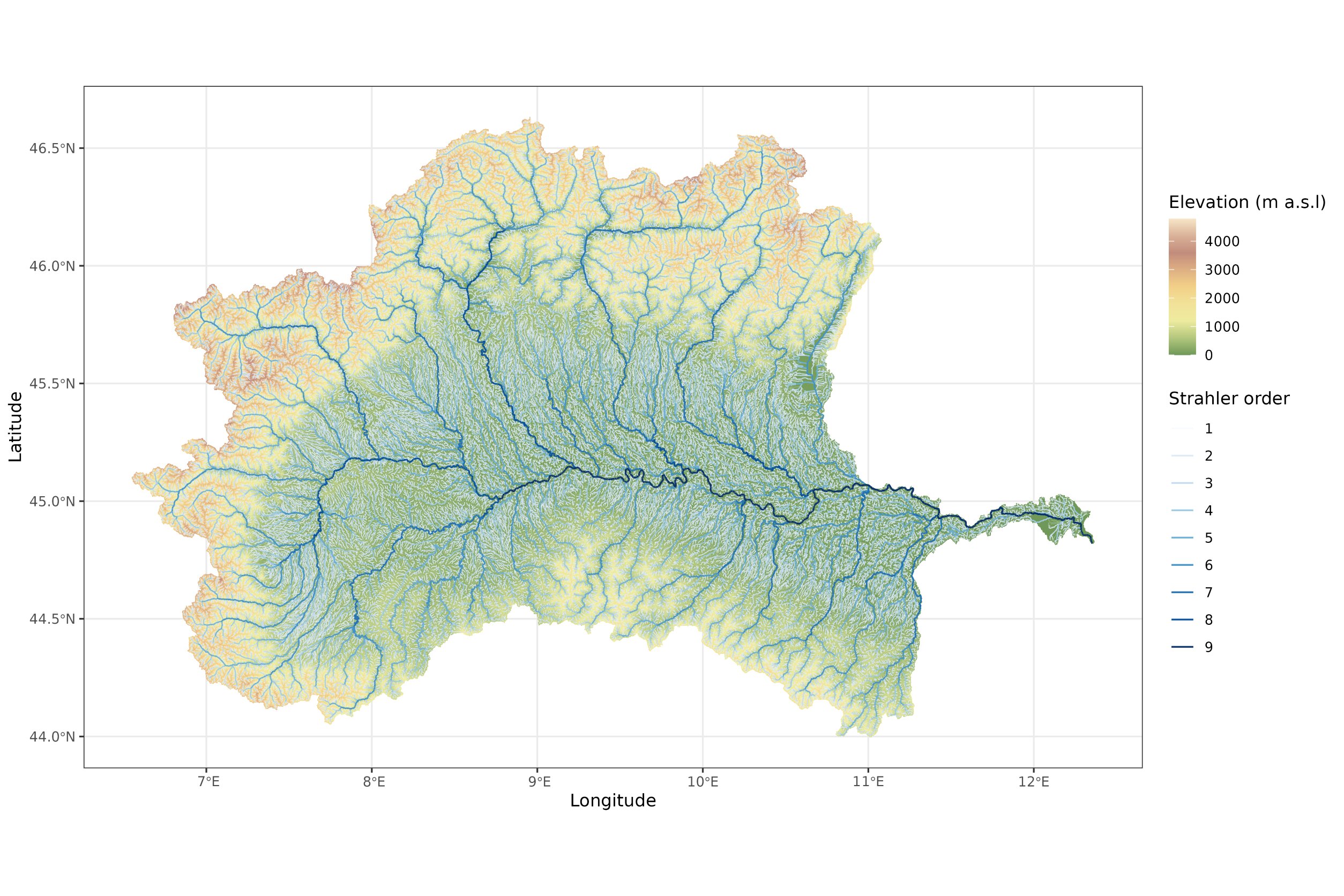 An ultrathin network for rivers

How are species richness and the characteristics of running waters linked around the world? This question is being tackled by a team led by IGB scientist Sami Domisch. Researchers have developed the highest resolution map of the world’s river systems ever produced. The map provides a basis for detailed analysis of what characterizes river habitats and how they are interconnected.

Rivers are the “lifelines” of all land masses on earth. This is also visible in the map that Sami Domisch developed in collaboration with other researchers from IGB and Yale University: a finely branched network of potential river sections stretches across all continents. The map is based on the “Hydrography90m” dataset, which the researchers spent two and a half years creating on the American university’s supercomputer.

Of course, this card is not the first of its kind. The rivers and their distribution in the world are already represented in many models. All of these maps are based on satellite data of topographic relief: where there are gaps in the landscape with certain characteristics, there will potentially also be a watercourse. And yet, no other dataset is as detailed as Hydrography90m.

“We took a high resolution elevation model of the earth and used open source software to extract the river network from it. Unlike other previous datasets, Hydrography90m also maps short and very short arms of running water “, said Sami Domisch. The level of precision is in the name: the shortest unit is 90 meters long. Since small rivers make up the largest proportion of the global river network (around 70%), they play a particularly important role in river biodiversity.

A model calculates the probable flow from the environmental parameters

The dataset includes a total of 726 million potential river reaches. The term “potential” is crucial in this context: “Initially, we do not know where the rivers really flow”, specifies Sami Domisch. The scientist and his team are currently modeling flows to identify which rivers are actually carrying water, either throughout the year or intermittently.

To do this, they use data from 30,000 measuring stations around the world where water quantities have been collected in defined river sections for years. Additionally, researchers have access to comprehensive data on a wide range of environmental parameters such as precipitation, temperature, land use, soil properties and slope. In the model, these parameters are related to the quantities of water measured in each case.

“In this regard, we work with machine learning. This means that with each new dataset, our model is getting better and better at recognizing which parameter variables are related to which water volumes,” said said Giuseppe Amatulli, lead author of the study. If the model works, it can be applied to all river sections in the world, even if they do not have a gauging station: in this case, the model calculates the probable flow, i.e. the amount of water in the river, based on the environmental parameters available for the entire area.

To validate the model, the researchers first “fed” it with 70% of the existing water quantity datasets. Thus formed, the model is then responsible for determining the appropriate amounts of water from the environmental parameters of the remaining 30%. If these quantities are sufficiently consistent with the actual measured values, the model works correctly, if not, the model can be improved.

However, the systematic deviations from the models may also mean that certain parameters – for which the researchers have no data – play an important role, in particular the abstraction of water by humans. The adapted model can then be used to determine the flows of all river reaches in the world.

“In dry regions in particular, there are likely to be far fewer rivers with water than our dataset suggests,” said Sami Domisch. This hypothesis is also supported by a study conducted by the authors who used the less detailed HydroRIVERS dataset. They estimated that only about 60% of the world’s rivers carry water intermittently or throughout the year.

The model provides answers to key questions: How long are rivers that carry water permanently or temporarily? Where is there high or low stream density? And what impact does this have on biodiversity? It is also possible to make detailed statements on matters such as these, as Hydrography90m captures the watersheds of river sections on a very small scale.

Since environmental data is already available for each of these 5 hectare watersheds, these data can be used to characterize the existence of communities of species, for example which data or climate gradients are associated with these communities. For example, various parts of the world have a Mediterranean climate, not only the Mediterranean Basin, but also parts of the West Coast of the United States.

Analysis of species composition allows researchers to draw conclusions about the biogeography of these habitats, that is, what environmental impacts contribute to the existence of certain species. And that’s just the beginning :

“Once we know how much water is flowing where, we can undertake a detailed analysis of river habitats across the world, down to the smallest arm of the river,” said Sami Domisch. Even in parts of the world that are virtually inaccessible to humans.

The research has been published in Earth System Science.

This document is subject to copyright. Except for fair use for purposes of private study or research, no part may be reproduced without written permission. The content is provided for information only.