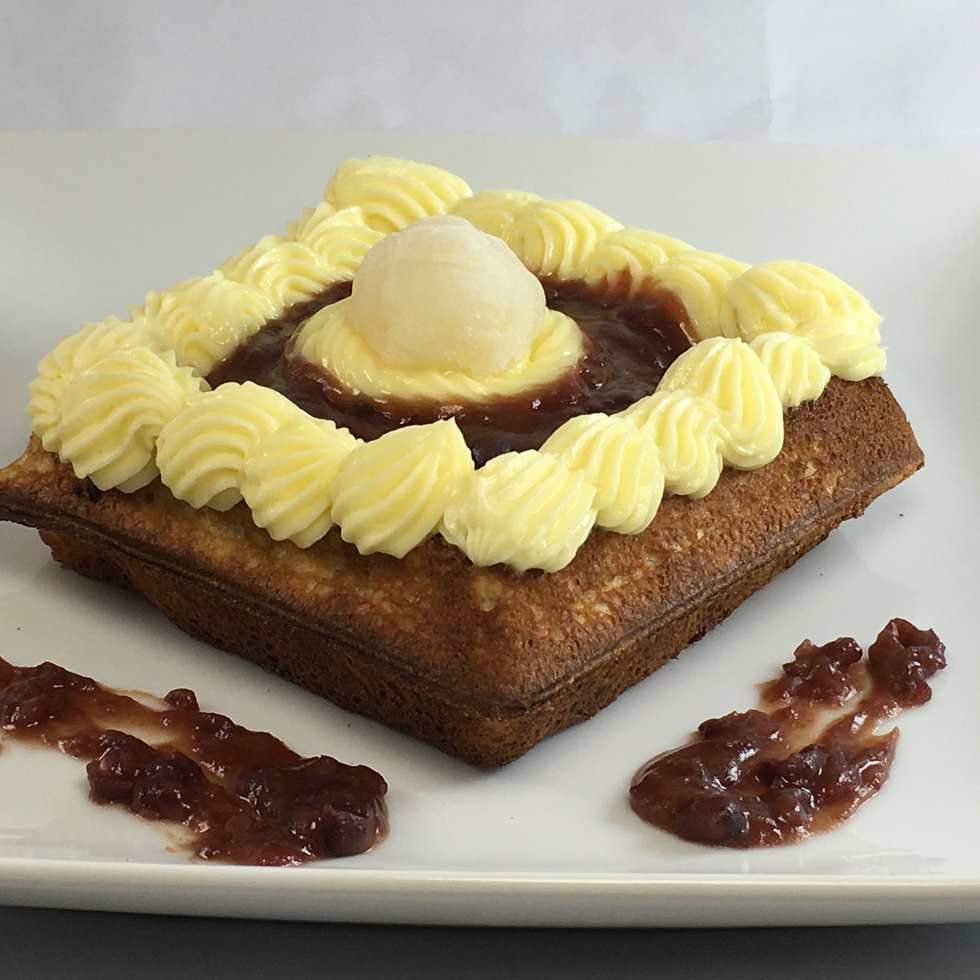 ANCHORAGE, Alaska (KTUU) — Some local Anchorage restaurants are gaining national attention on a popular Food Network show. Those who love the show Diners, Drive-Ins and Dives might have recognized two locations in the last season showing what sets them apart from the crowd.

Andrew Chow has worked in the food industry for seven years. Four years ago, he launched Seoul Casa, a Korean/Mexican fusion restaurant offering a unique menu of burritos and kimchi wings all in one place. While living in California, Chow noticed this style of fusion cooking becoming popular and decided to bring the same experience to Anchorage.

His instincts were vindicated when he received an email from the Food Network that he hadn’t expected.

“When I first saw the email I thought it was a prank, but decided to call them and see what it was all about,” Chow said. “It was the real deal.”

For those drawn to comfort food, Waffles and Whatnot also made an appearance where founder and CEO Derrick Green combines his upbringing and personal life into every dish. His wife and mother were both diagnosed with cancer, and his mother also had HIV/AIDS, so he began creating foods that provided a means to nourish their bodies.

Green is proud to be able to accommodate all families with dietary restrictions.

“I feel like I have the ability to deliver these delicious foods, that the public doesn’t need to know about the health benefits I put in them,” Green said. “They just need to know that the food is the best of anything they’re going to try. That’s what I push.

From a sidewalk in downtown Anchorage to its current location in Muldoon, Green has worked hard to build his restaurant. He said when he got the call from the Food Network, it reminded him of the time he deleted a communication when Facebook contacted him because he thought it was fake.

Green described the experience of having Guy Fieri in his restaurant as “absolutely amazing”.

“Having him here and having him pull me to the side after it’s all over, and being able to say ‘man, you are’ – and his exact words are – ‘you are the exclamation point of my career at Diners , Drive-Ins and Dives,” Green said.

He said Fieri appreciates all the ways Green has been creative and has gone through ups and downs over the years as an entrepreneur.

For Green, expansion is also on the menu. The “whatnot” in Waffles and Whatnot comes from Green simply being bored eating the same thing every day and experimenting with random ingredients. He’s currently in the process of turning Waffles and Whatnot into a franchise where each location will have a basic menu of chicken and waffles with omelets, and then also offer different “whatnot” themed dishes.

While Alaska’s unique dining scene isn’t new to locals, the rest of what Fieri calls the “Triple D Nation” will get a taste of what the 49th state has to offer.

Centennial Resource Development Inc (CDEV) is up 2.37% premarket on Thursday