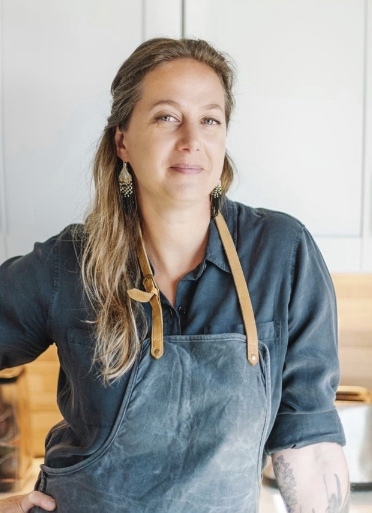 When the Food Network first contacted Boulder chef Andrea Uzarowski about cooking on her show Supermarket Stakeout, she couldn’t believe it.

“At first I thought it was a hoax,” Uzarowski said. Eventually, she was interviewed and selected to compete against other chefs in the kitchen with bartered ingredients from customers outside a supermarket.

Uzarowski, who runs the Fresh Food Catering Co. and will open the Süti + Co. Scandinavian Shop and Café just off Pearl Street this fall, said participating in the Food Network show was one of the most difficult experiences and the most exciting of his life. leadership career.

“You have four or five cameras at any given time pointed at you. I just think I can’t cut my hand off because it will be on national television,” she said. “It was the hardest experience as a chef I’ve ever been involved in, but also one of the most rewarding because I realized I could rise to the occasion.”

Uzarowski and his co-contestants had 45 minutes to chat with shoppers coming out of a grocery store for their bags, then cook a dish to a set theme. “Supermarket Stakeout” airs on Tuesday, where viewers can watch Uzarowski attempt to stay “calm, cool and collected” throughout the challenge.

Now, with the opening of Süti + Co., Uzarowski looks forward to bringing his love of sweets and his experience of Scandinavian cuisine and culture to 2031 16th St. The café will sell Danish shortbread and artisan Scandinavian home-made products. and will feature Scandinavian folk. music.

“I grew up eating something sweet at the end of every meal,” Uzarowski said. “When I was 16, I made two birthday cakes because I couldn’t choose which one I wanted. Danish pastry is that comfort, that contentment, that simple little pleasure that you can have in your life.

George Rennix, COO of Süti + Co., said he had always dreamed of running his own cafe. Now, he hopes to make Süti + Co. a favorite hangout for Boulderers.

“I’m thrilled to open people’s eyes to a culture they may never have known…and to help people understand what makes Danish products Danish and taste that difference,” did he declare.

The opening of Süti +Co. is tentatively set for mid-September.