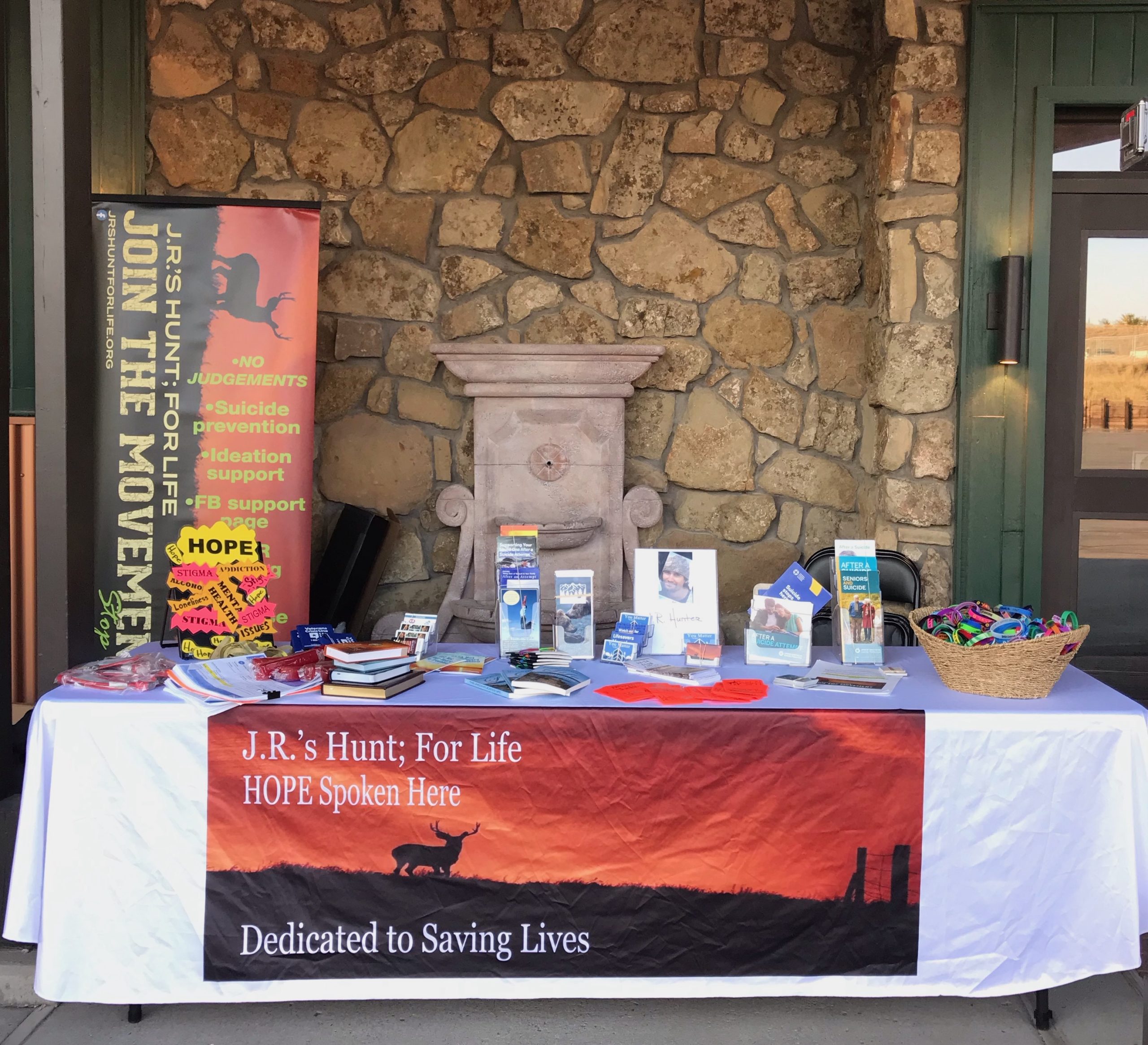 CASPER, Wyo – Suicide prevention resources and an open invitation to chat will be in place at a JR’s Hunt for Life pop-up event on Saturday, September 25 in downtown Casper.

The event will take place at 1 p.m. on Saturday at the corner of South Wolcott and East Second Street, outside the Atrium Plaza, Jenny Hunter told Oil City News.

Hunter, who lost her son to suicide in 2015, said she rolled out the booth to multiple locations in Casper and Thermopolis this summer, often choosing the time and location guided by intuition.

The article continues below …

â€œHope is the enemy of suicide,â€ Hunter said, and she is determined to deliver hope as nimbly and spontaneously as possible. She said previous deployments have drawn diverse people and opened up friendly, poignant and necessary conversations about suicide.

There will be information on the latest suicide statistics, agencies and resources that can offer help, and times for the QPR (Question, Persuasion, Referral) trainings that Hunter runs regularly. QPR training is the standard prohibited training for identifying and responding to mental health crises, and is used by the Natrona County Suicide Task Force and school districts across the country.