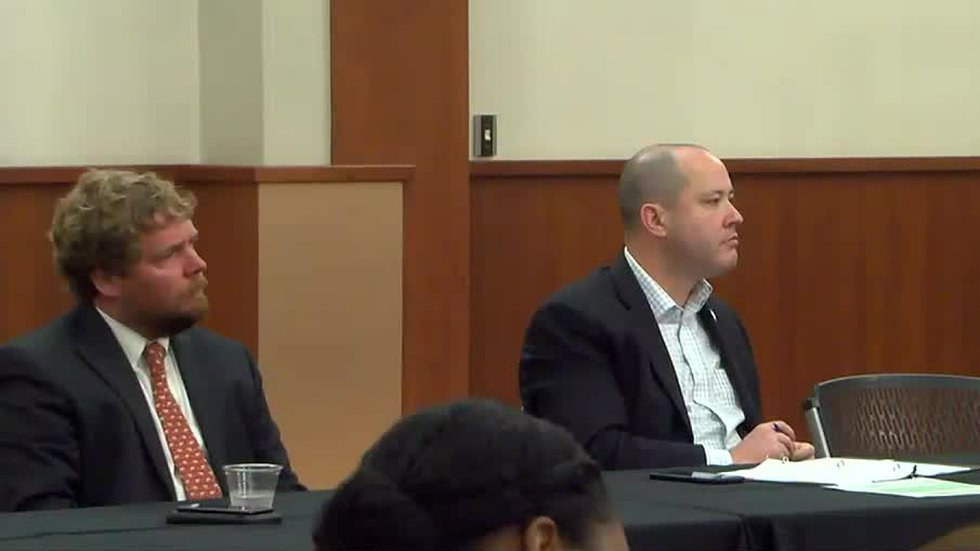 Georgia Governor Brian Kemp is expected to sign Bill 1134 into law this week.

The bill gives the attorney general increased power to prosecute gang-related crimes at the city level.

A room full of the head of state, federal and local law enforcement, all gathered for the meeting of the attorney general’s anti-gang network.

A task force was created in 2017, creating communications partnerships between law enforcement at all levels of the state.

“When you collaborate and leverage the resources available to local and federal law enforcement, you are more successful,” Carr said.

Gang crime and violence is rampant in many communities across Georgia and Columbus is no exception.

According to information from the Muscogee County Sheriff’s Office, there are more than 150 known gang affiliations in Columbus.

Columbus Mayor Skip Henderson was one of many local leaders present at the meeting.

“We take the number one priority very seriously and that is keeping people safe. Right now we’re working to make sure we’re addressing those issues,” Henderson said.

The meeting, which was partially wrapped up as authorities discussed possible strategies, touched on new and ongoing measures to reduce gang violence in counties and cities across the state.

“The key is to put them away for as long as possible, to make them an example to send a message to some of the younger gang members,” Henderson said.

Carr said the bill will allow his office to create a prosecution unit, where they will work with district attorneys across the state.

“We’ll have 12 people working full-time on a gang,” Carr said.

The bill was passed by an overwhelming majority in the House of Representatives and the Senate.

If signed into law, the bill will come into force in July.

Skull Session: Garrett Wilson and Chrs Olave will be drafted early, Ohio State recruiting has been better than usual and the coaches are paranoid creatures