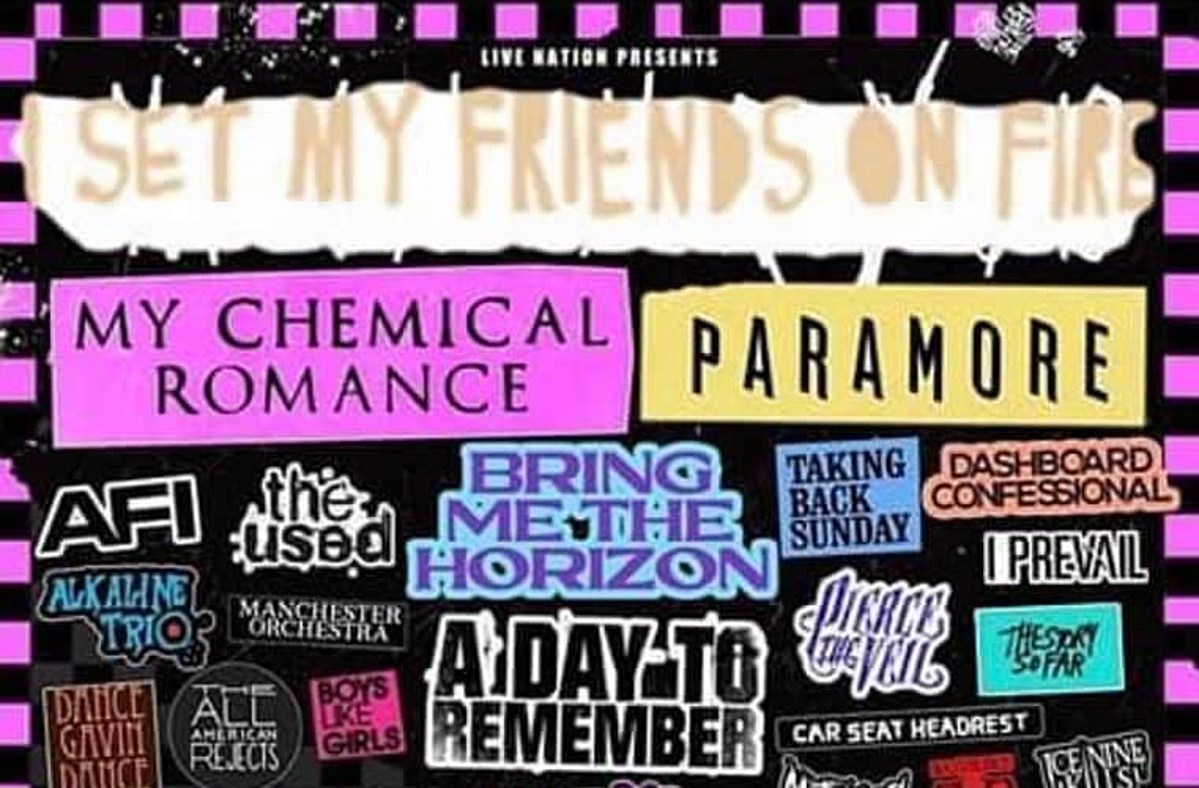 Live Nation recently announced the second edition of Festival When We Were Young, whose lineup seems to include virtually every band that played the Warped Tour in the mid-2000s and still exists today. Well no all bandaged. For example, it does not include I set my friends on fire, who did not seem too happy with their exclusion:

“Good. AT THE PARKING STADIUM”, they added in a comment, referring to an old tradition of the Warped Tour, and they also added: “NOT MATTER YOU PAY MCR, WE DO IT FOR HALF” and “WE’RE GOING TO REMEMBER THIS WAY OR THE OTHER.”

They are indeed trying to interfere, by… holding the “WhenWeWeReYoungFest.com” URL as a ransom:

You read correctly. If you are heading towards WhenWeWeReYoungFest.com, it redirects to ISMFOF’s Facebook. “LIVENATION YOU CAN COLLECT IT IF YOU JUST PUT US ON FEST… OH AND WE OWN INSTAGRAM TOO,” they said in a comment. (The actual festival URL is WhenWeWeReYoungFestival.com, but still, amazing.)

Meanwhile, ISMFOF has its own upcoming tour dates, which are listed on the poster below. They also recently gave You can’t spell massacre without laughing his first vinyl release through Acrobat Unstable.