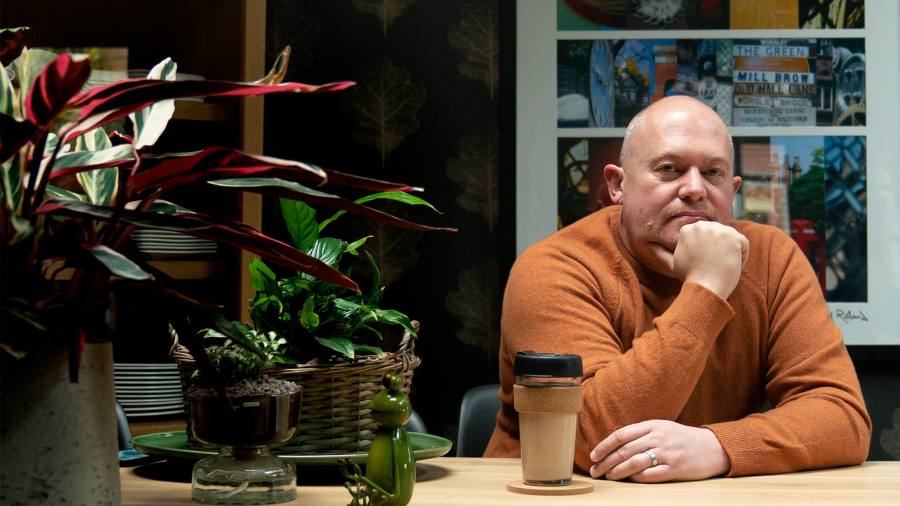 “I told my whole network that I was gay”

The author is a partner at City Addleshaw Goddard law firm

Earlier this month, I wrote a post on LinkedIn that I had been waiting to send for maybe two months, but had been considering for several years. I had written the post over and over again, rewrote it, then deleted. Now the time had come. In the post, I told my entire professional network that I was gay and married to my husband Dave, and as a gay working in a managerial position in financial services, I have been discriminated against.

I wrote about how someone I regularly advised at a bank about 11 years ago found out about my sexuality. Because of this, he said he was no longer able to appoint me as his lawyer. This was said in a calm, direct and pragmatic manner, similar (I suppose) to how a lawyer can be uneducated due to poor performance, service or bad advice. But this man made it clear that his decision was solely related to my sexuality. Something that, of course, I can’t do anything about.

It was an overwhelming experience and one that has stuck with me, adding to a fear I share with many LGBTQ + people, that while organizations may have practices to reduce discrimination, there are still many people who do not want to working with us because of our sexuality.

I have been “out” as a gay man to co-workers for most of my career, and I cannot think of a single negative experience I have had. As a junior lawyer, some 20 years ago, associates encouraged me to speak openly about my sexuality, reassuring me that it wouldn’t impact my career – and it never has. was the case in my own practice.

Where this has been more of a challenge for me, and I suspect many others in the professional services industry, is in the business networking environment that is so essential to generating clients, contacts and, ultimately, income.

Much of my role as the head of social, sustainable and green finance for a law firm is about the relationships you build outside of the office. As much as I still want to carry the flag for LGBTQ + people, in situations with new or potential clients I have often found myself expertly maneuvering the conversation away from my family life.

I’m by no means saying that most people who work in business have negative opinions – they absolutely don’t – but there is always concern. And then there’s the well-meaning goofy hypothesis in networking, where a phrase like “What is your wife doing?” Can dig into a networked conversation at lightning speed.

For me, it only took one example of a (former) client to completely stop me from being open about my sexuality with new and potential clients for the next decade.

I hope and expect open discrimination to be more and more rare in the city. But there is still a long way to go to ensure that underground prejudices do not remain unchallenged. Business leaders need to look beyond their workforce to ensure that overt or less overt discrimination does not occur within the broader business community under their watch.

The people who have been my allies throughout my career have been essential and I am deeply grateful to them. I encourage all leaders – or indeed anyone – to speak out in social, professional and business media circles for LGBTQ + rights. It might sound like a gesture, but vocal support from any minority group is a powerful tool in changing perceptions and helping people open up to who they are.

My post received an overwhelming outpouring of support, including from colleagues, clients and even politicians – more than I could have imagined. People have told me about similar experiences they’ve had, and how, again, some find it incredibly difficult to go out to work. I learned that young professionals who had been open about their sexuality in college sometimes felt the need to step back into the closet when they started working in the city.

Pride Month, now in its 51st year, is a good time for organizations to start going under the hood, to root out hidden discrimination in all its forms. Without it, the business world is deprived of talented and hardworking people who will excel when they can be themselves.

After sharing this part of myself throughout my business network, with everyone I work with and hope to work with in the future, I feel professionally relieved for the first time from my career.

Most importantly, I can tell my husband that I am proud of our life together and that I do not hide our relationship from anyone. Being able to share such a fundamental part of one’s life shouldn’t be seen as a privilege, and I hope that within a few years – with the support of companies and allies – no one will have to fear more than being at work. could come at a cost to their career.