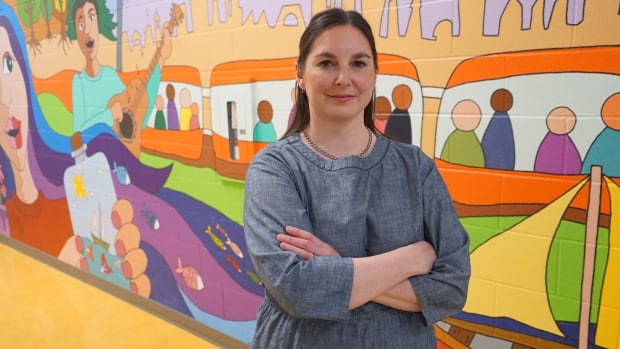 In 2013, Melynda Pomeroy found herself in a difficult situation.

New to Waterloo Region and with her family on the east coast, Pomeroy had a new baby and a case of postpartum depression.

Help came in the form of a peer support group called Stork Secrets, run by the Our Place Family Resource Centre. There, Pomeroy could spend time with other parents who knew exactly what she was going through.

“If I hadn’t found this group, I don’t know. I don’t know if I would be here,” Pomeroy said.

Today, Pomeroy worries that other parents don’t have access to the same support she does.

After more than 40 years in operation, Our Place this week announced plans to close due to changes in its funding.

The resource center is looking for another organization to take over the Stork Secrets group, but all other operations are due to close on June 30.

“There will be a big hole in the community,” said Pomeroy, who currently sits on Our Place’s board of directors.

In recent years, Our Place has received most of its funding from the province’s Early ON program.

Now things are changing, said Peter Sweeney, CEO of the YMCA of Three Rivers, which is the lead agency for Early ON in Waterloo Region.

Sweeney explained that the Department of Education is moving to a new system where Early ON centers will be based out of schools, rather than at stand-alone sites.

Funding that previously went to Our Place is now being allocated to a new Early ON Center at Oak Creek Public School in Kitchener. The school is expected to open in September.

“The funding envelope is not changing,” Sweeney said. “We are mandated to transfer these resources over time from standalone sites and mobile deliveries to school programming.”

Sweeney said the YMCA will help support Our Place staff with “redeployment opportunities.” In a statement, Our Place says staff will also be helped with CV writing and career development.

As for parents who are currently registered with Our Place, executive director Jennifer Jordan said staff will help them find other options.

“There are many great programs in the community for kids and parents, and our staff are very familiar with those programs,” Jordan said.

“Proud of our heritage”

Still, Jordan said she was saddened by the end of an era. In recent days, she said her inbox was filled with emails from parents who said how much the programs meant to them – some who participated more than 20 years ago.

“Community work has been at the heart of Our Place and we are proud of the legacy we will leave behind,” said Jordan.

As for Pomeroy, she hopes the new parents will find a community to support them, wherever that may be.

“Find your people,” she said. “Because having children is a mad rush.”