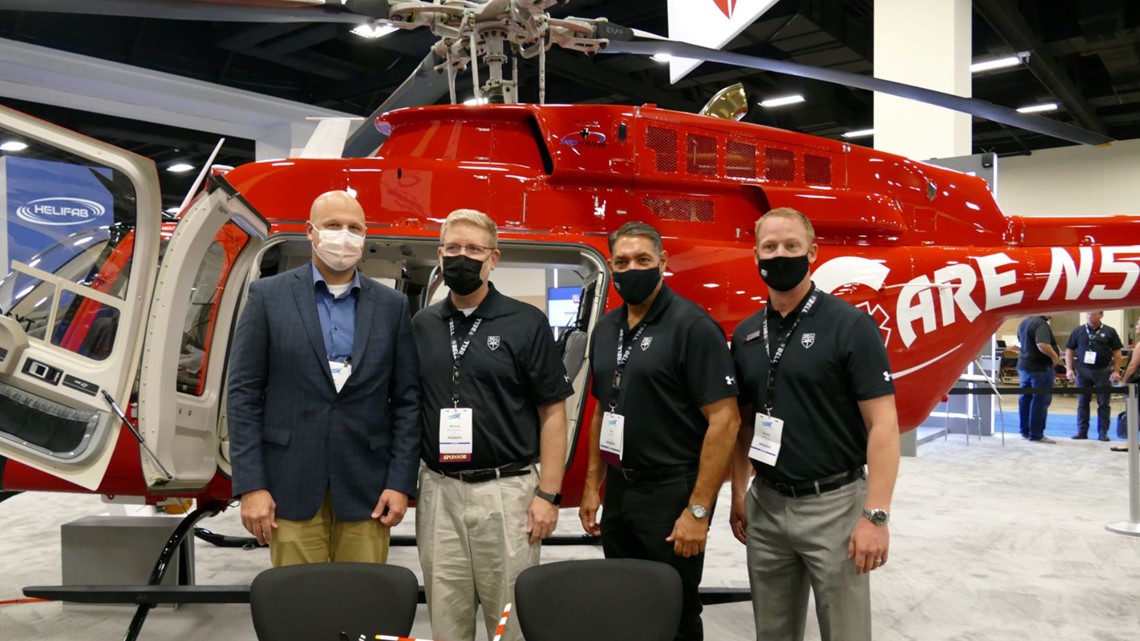 The new helicopters give the Aurora-based trauma worker much greater reach to respond to rural emergencies.

The association will add 12 more Bell 407GXi helicopters to its air medical fleet, for a total of 17. Delivery of the aircraft will begin in May 2022, the company said in a press release.

Life Flight Network also operates other helicopters and planes throughout its service area, but the Bell 407GXi helicopters are particularly useful in serving rural communities in the Pacific Northwest and Intermountain West, the company said.

With a range of over 400 miles and a speed of 161 miles per hour, the Bell 407GXi is capable of transporting patients quickly. The aircraft also has a power-to-weight ratio which helps the craft perform well at higher altitudes, such as in the mountains.

Each Bell 407GXi will be equipped for ICU level care to be provided during transport. These aircraft are staffed with a certified registered nurse and a certified flight paramedic.

Life Flight Network bills itself as the largest non-profit air ambulance provider in the country. In Oregon, Idaho, Washington and Montana, the company has 25 rotary-wing bases, nine fixed-wing bases, and two neonatal and pediatric bases and operates 30 ground ambulances.