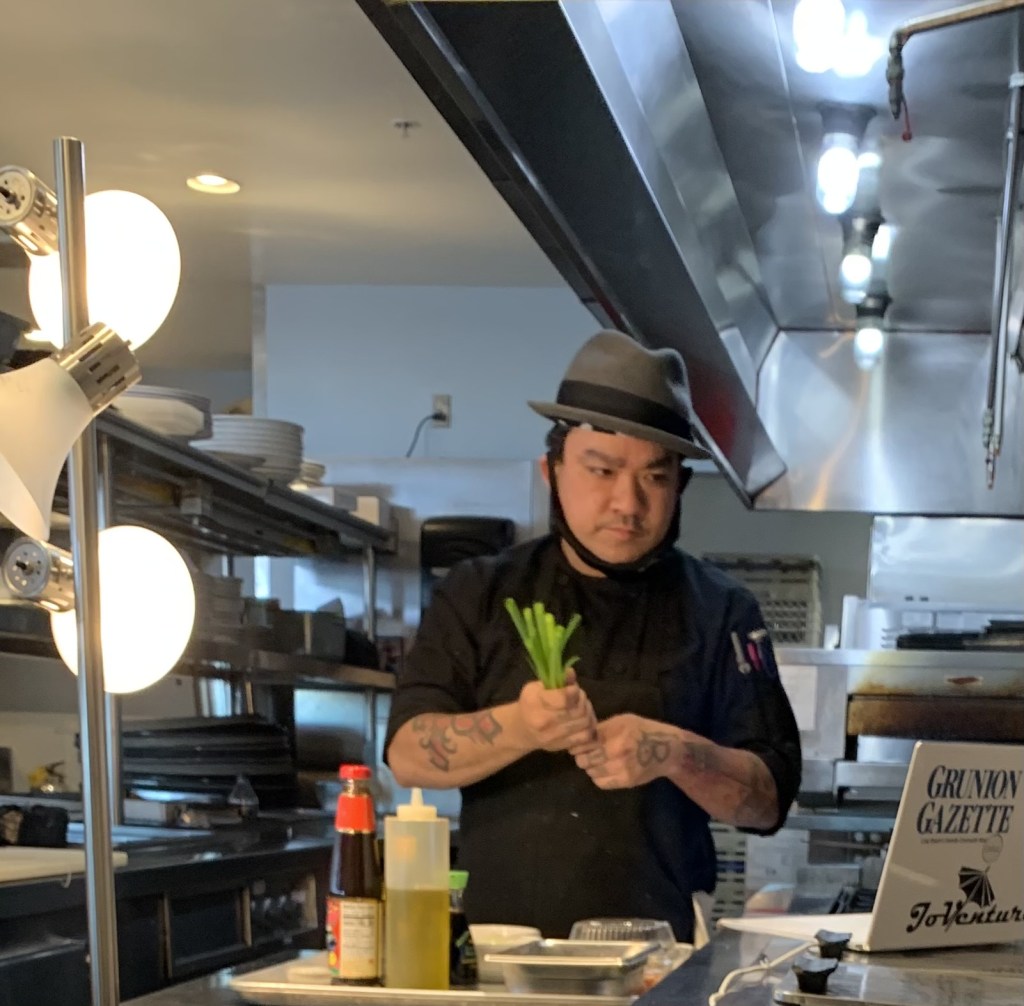 Gladstone’s Long Beach head chef, Visoth Tarak Ouk, known as Chef T, has been selected by the producers of the Food Network show to take part in the popular show ‘Supermarket Stakeout’.

Ouk was born in Thailand and is of Cambodian descent. He came to the United States in 1980 as a refugee. He graduated from Long Beach Polytechnic High School in 1999 and in 2011 graduated from the Culinary Arts Program at Long Beach City College.

Supermarket Stakeout bosses are assigned a theme for each round. Chefs must persuade shoppers as they walk out of the store to sell their bags of groceries and then use those items to whip up something. Each of the three rounds has its own twists, but personality, ingenuity and original thinking are key.

The supermarket, with a pop-up kitchen in the parking lot, is in an undisclosed area. The judges send a chef home each round and the last one standing walks away with a year’s worth of groceries.

Ouk was filming the competition this week and it is not yet known when the episode featuring him will be released.

Food Network, Ouk said, paid for his travel and hotel stay and provided him with pocket money.

The four competing chefs can bring their own knives, shoes and something to represent them. Ouk decided to bring a bandana.

The opportunity to be on the show also gave her the chance to meet a big Food Network star.

During Ouk’s audition, conducted via Zoom, Guy Fieri came to greet the candidates.

Ouk, whose social media handle is Munchy Munch, will be tight-lipped about the results when he returns – he’s not supposed to share what he did before the show aired.

One thing he is not silent about is his gratitude to the mentors and friends he has found along the way.

Sign up for The Localist, our daily email newsletter with handpicked stories relevant to where you live. Subscribe here.