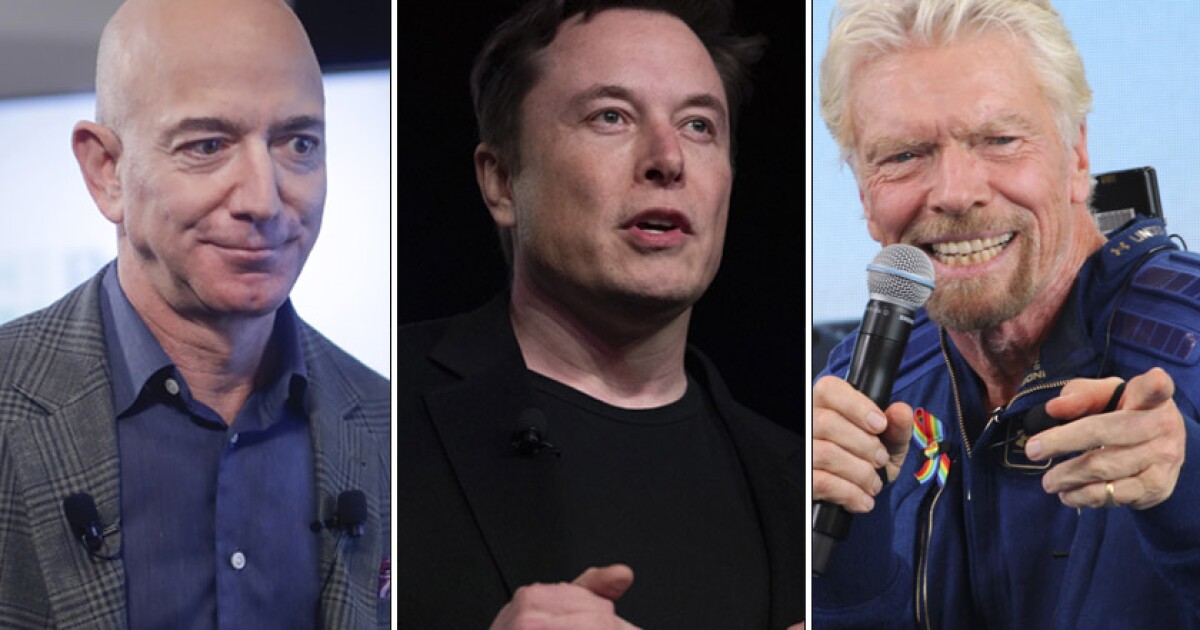 Re “After the Branson flight, Virgin Galactic collapses on the sale of shares” (July 13): the uber rich are under-taxed and are therefore free to indulge in conspicuous consumption. The new fashion for billionaires who collectively rub their noses in it is space travel.

How much carbon does blasting in space add to the upper atmosphere? We should impose a huge luxury tax on space tourism.

The millions that billionaires Branson, Bezos, and Musk spend on space exploration are nothing but flattery to them. Money could be better spent here on Earth to better serve humanity.

Re “Don’t call Richard Branson a billionaire. After his space flight, call him entrepreneur and pioneer. (July 12): You say, don’t call them billionaires first, call them pioneers. Well, they are not pioneers. The X-2 test pilot, in 1956 who traveled over 100,000 feet, was a pioneer, nicknamed America’s first astronaut. The guy who broke the sound barrier in 1946, Chuck Yaeger, or Yuri Gagarin, first Earth orbit in 1961, 60 years ago who made the first Earth orbit was a pioneer. The first man, Lance Armstrong, on the moon was a pioneer. Father Joe, who housed all the homeless facilities in one place, was a pioneer.

These new suborbital, barely outer space passengers are just big money owners with some vision – not pilots or builders, doing something that has never been done before. If they land on Mars first, they will be trailblazers. Otherwise just let them play and do something new, so far they haven’t broken any barriers, no boundaries to be recognized except by other Hamptons residents, maybe.