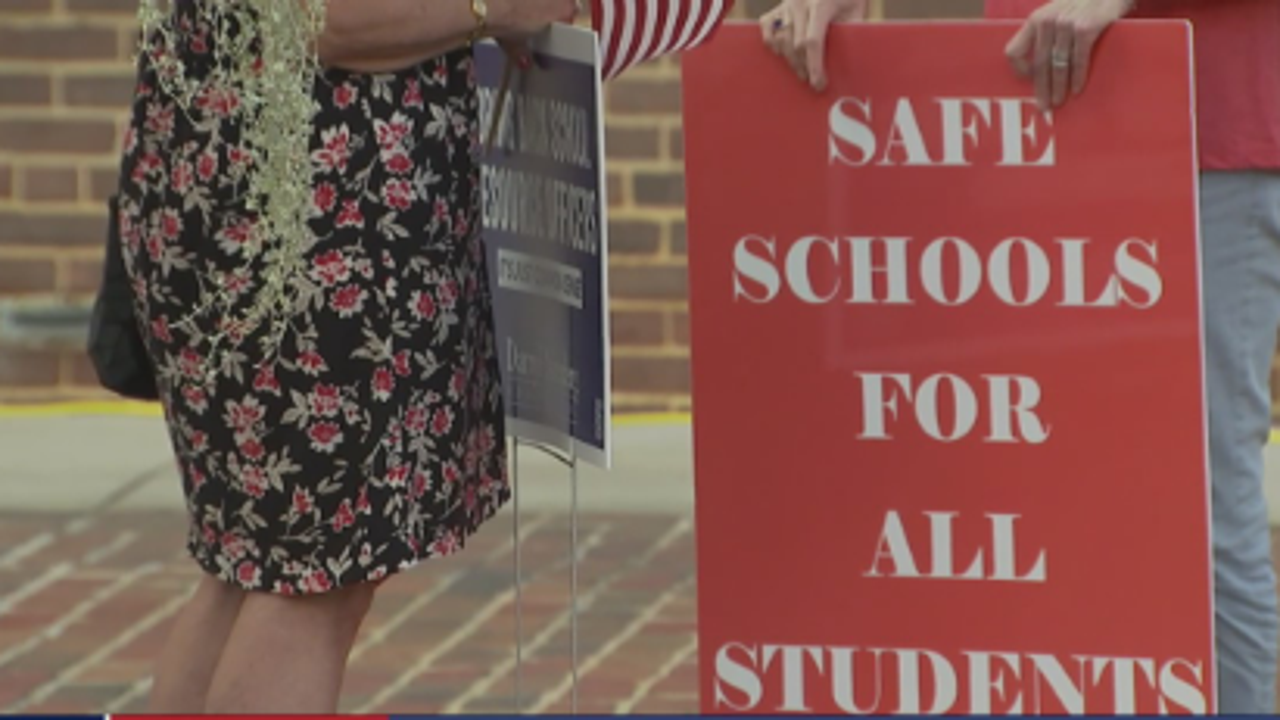 It comes after a minor was gunned down after school last week. The student sustained non-life threatening injuries.

While that was not on the agenda Tuesday night, parents showed up to confront Alexandria city council members as they were on their way to a board meeting. The board narrowly voted earlier this year to remove school resource officers from school buildings. The school board did not agree with this decision when it was made, but says it accepts and respects the decision.

Instead, funds were made available to strengthen mental health programs for students in the district.

Parents outside of the board believe school resource officers are needed in the school.

â€œWe need to have security there. Whether it’s security guards, room monitors, or maybe two or three police officers, you know? said Roxana Guerra, who says her son has been bullied and has been fighting since starting school.

The parents clashed with City Councilors John Chapman and Canek Aguirre as they entered.

Aguirre told parents he would be ready to talk to them after the meeting was over and told them that at this point he sees no evidence that school resource officers are needed in the buildings.

Chapman listened to parents talk to him, telling FOX 5 that student safety is always an ongoing conversation.

â€œI would like to say that the conversations are never over. I think we continue to evolve what is best for our children, our students and our teachers,â€ Chapman said.

Alexandria Public Schools told FOX 5 they continue to work with the board and police to improve student safety. At the end of last week, the Alexandria District and Police agreed to a memorandum of understanding on how the police will respond to incidents that require them to attend a school.

A parent confronted with board members held a sign expressing frustration that the hiring of mental health counselors had progressed slowly. FOX 5 asked Chapman, who confirmed he would like to see the pace of hiring resources pick up.

“That’s the biggest piece for us. Let’s get it going, kick this thing up. I think I’m still having conversations with the school board about the way forward and what we’re continuing to watch.” , Chapman said.

While not on the agenda Tuesday night, the board spoke about student safety at the meeting, with some board members saying they may hold a public forum to hear parents’ concerns.