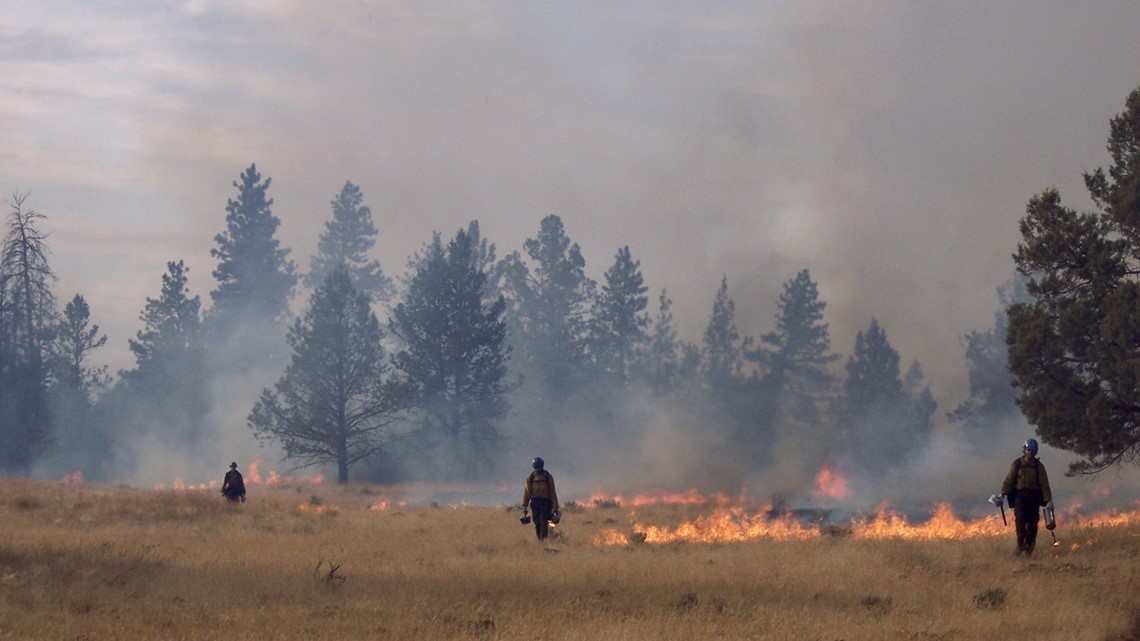 A large forestry company is partnering with a non-profit organization to help reduce mental health and suicide risks for wildland firefighters.

PORTLAND, Ore. — A large Pacific Northwest logging company is partnering with a nonprofit that helps with the mental health and suicide risk of firefighters.

With financial assistance from lumber giant Weyerhaeuser, the Firefighter Behavioral Health Alliance (FBHA) has established an online behavioral health resource specifically for wildland firefighters. And the need is greater than ever.

Increasingly, wildfires that once burned in the wild are reaching our communities. This adds to the behavioral health stress of the men and women fighting these fires, according to FBHA founder Jeff Dill.

“So now wildland firefighters are dealing with the trauma and the tragedy of people and their lives,” Dill said.

RELATED: How to prepare your property for another high-risk wildfire season in Oregon

We have seen a lot of that in the West. The last few years have been particularly brutal.

In 2020, the Almeda Fire in southern Oregon wiped out hundreds of homes. At the same time, the Beachie Creek Fire scorched Santiam Canyon, taking small towns with it. The Beachie Creek fire killed at least five people, while the Almeda killed three.

Jessica Dally is now a forester with Weyerhaeuser, but she was in her third year as an Oregon Forest Department firefighter in 2020.

“And so I’m kind of here to bring this empirical view from a firefighter side of what it’s cost mental health,” Dally said in an interview with KGW. “Because I saw it in the faces of my crew as we walked through our homes and our communities and saw the devastation.”

“The trauma of seeing the devastation of these fires in 2020, that devastation that they carry with them — and because they’re supposed to be strong and brave and not talk about it, they’re bringing it home,” Dill said.

RELATED: Highway 224 reopens east of Estacada for the first time since the 2020 wildfire

Dill’s organization has documented 1,746 firefighter and emergency medical service (EMS) suicides in the United States and Canada since 2010. Fifty of them were wildland firefighters, and his groups are working to bring light and resources to the problem.

Dill said that since 2020, suicide has claimed the lives of four wildland firefighters in Oregon, four in Washington and four in Idaho. And those are just the ones they were able to confirm.

Now Weyerhaeuser is getting started, with a grant that funds an online behavioral health site specifically for wildland firefighters. Firefighters can go there to find advice, support groups and connect with other firefighters.

“That’s why we contacted Jeff and his organization, to simply create a resource – a simple, easy to use, confidential page so wildland firefighters could go there and get the help they needed,” said said Kyleigh Gill, public relations manager for Weyerhaeuser. for Oregon.

Fighting Fires Together resources are hosted on Weyerhaeuser’s page here.