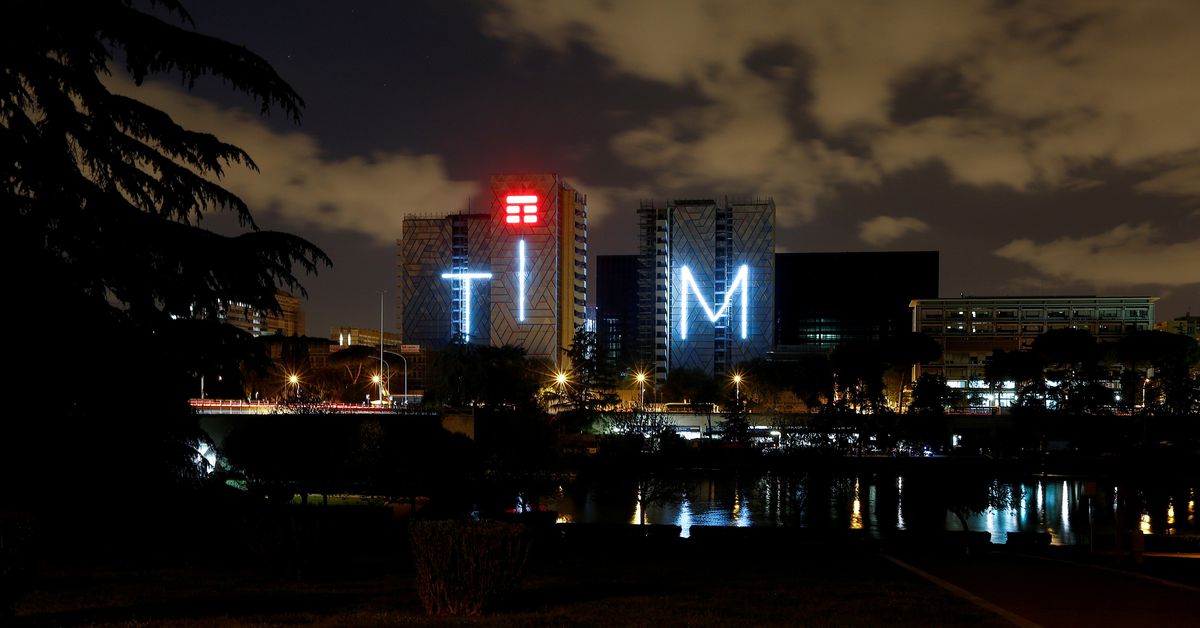 The Telecom Italia logo for the TIM brand is seen on a building in Rome, Italy on April 9, 2016. REUTERS / Alessandro Bianchi / File Photo

MILAN, Nov.21 (Reuters) – The board of directors of Telecom Italia (TIM) (TLIT.MI) is meeting at 2:00 p.m. GMT on Sunday to discuss a proposed takeover of KKR (KKR.N), two sources said. , adding that the American fund plans to carve out the fixed network of the Italian telephone group in which it is already an investor.

TIM’s landline is its most valuable asset and is viewed as strategic by Rome, which has the power to block unwanted movement.

Prime Minister Mario Draghi’s government is also aware of the need to stem TIM’s revenue drain, supporting the indebted group at a time when it must step up investments and protect its 42,500 domestic workers, sources said.

Under fire from TIM’s main investor Vivendi (VIV.PA), Gubitosi explored how to extract money from TIM’s assets, revisiting in particular a plan to merge TIM’s fixed network with that of its rival on optical fiber. , Open Fiber.

Sponsored by the previous government, this project had failed under Draghi’s executive.

KKR’s project envisions a single grid to be operated as a government-regulated asset according to the model used by the energy grid company Terna (TRN.MI) or the gas grid company Snam (SRG.MI), l one of the two sources and a third person close to the case said.

To overcome political and regulatory opposition to the single network project, Gubitosi opened up the possibility for TIM to cede control of the combined entity, which Vivendi had always opposed.

Vivendi, which is pushing to replace Gubitosi at the helm and faces a large capital loss on its 24% stake in TIM as its shares languish near all-time lows, is not opposed to KKR’s proposal , two of the sources said.

One said Vivendi might also be open to considering CVC’s if it goes ahead. Vivendi generally looks favorably on all options to increase TIM’s value but is keen to be directly involved in the discussions, another source said.

A Vivendi spokesperson denied any contact with funds at this time and said the French media group remains ready to work alongside Italian authorities and institutions for TIM’s long-term success.

The activism around TIM comes as Italy prepares to deploy billions of euros in European Union stimulus funds to boost digital connectivity in the country and catch up with the rest of the bloc.

To oversee a strategic asset such as TIM’s fixed telephony network, public investor CDP took a 9.8% stake in the former telephony monopoly, becoming its second investor after Vivendi.

The CDP will present a new strategic plan on Thursday after Dario Scannapieco, a close ally of Prime Minister Draghi, recently took the reins.

CDP has invested in both Terna and Snam, as well as in the Italgas gas distribution network (IG.MI), via its CDP Reti vehicle that it created in 2012 to hold stakes in the network’s assets.

KKR’s plan can only proceed with the government’s consent, as Rome has special anti-takeover powers to protect companies deemed to be of strategic importance from foreign bids.

Italy has so far used these so-called “golden powers” on four occasions since 2012 to veto foreign interests in the country. Two of them were under the government of the nine-month-old Draghi.

S&P said the single network project could weaken TIM’s business profile if it loses control of the combined entity, but it was impossible to assess the impact of a potential transaction without knowing the details, as the product could also help TIM reduce its debt and counter the drop in income.

News of Sunday’s extraordinary board meeting was first reported by the Italian daily Corriere della Sera.

TIM’s revenues have fallen by a fifth over the past five years, due to aggressive home competition from competitors such as Iliad, Vodafone (VOD.L), Wind Tre and Fastweb.