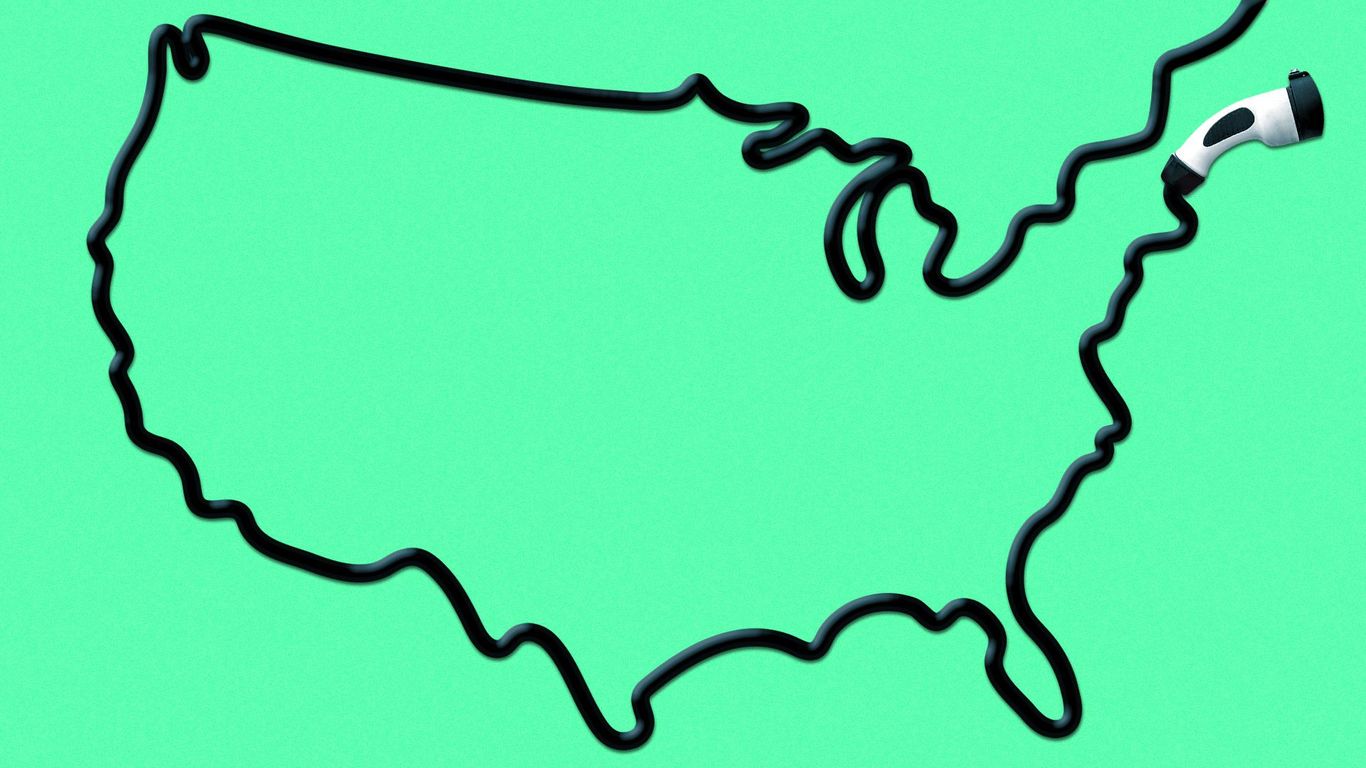 The federal government is distributing $5 billion to states to build a nationwide network of highway charging stations intended to entice more people to buy electric vehicles.

Why is this important: The taxpayer-funded charging network is a cornerstone of President Biden’s ambition to electrify America’s transportation sector.

Driving the news: As of this week, all 50 states, along with Puerto Rico and the District of Columbia, submitted plans for their share of EV charger money, which comes from last year’s bipartisan infrastructure bill.

What they say : “We appreciate the thought and time states have put into these electric vehicle infrastructure plans, which will help create a national charging network where finding a charge is as easy as locating a gas station,” said Transportation Secretary Pete Buttigieg in a statement on Tuesday.

Details: Much of the details will be determined after regulators consider public comments on the proposed requirements for projects funded under the bill.

Enlarge: The government has already established guidelines that give indications of what a national electric vehicle charging network might look like.

Yes, but: Some officials — especially those in less populous western states — complain that these federal guidelines aren’t flexible enough.

And after: Many issues still need to be addressed, including standardizing electric utility rates and removing barriers to charging stations.