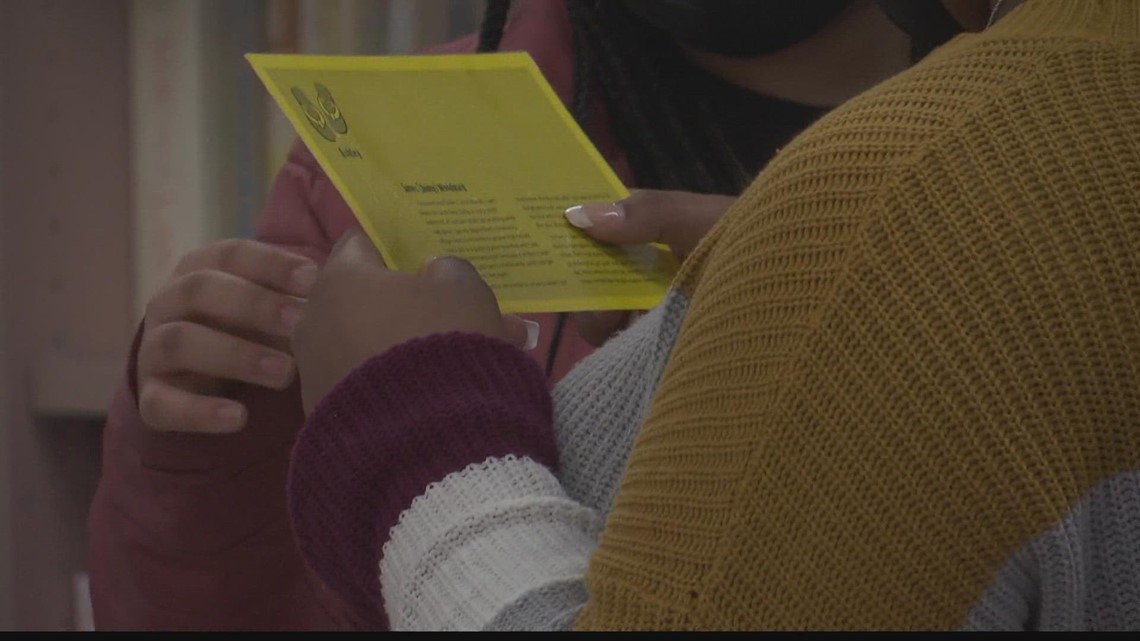 The Network Against Domestic Violence Encourages Teens to Speak Up

One in three teens will experience physical, sexual or emotional abuse in a relationship. February is “Teen Dating Violence Awareness Month”.

INDIANAPOLIS — The statistics are staggering. One in three teens will experience physical, sexual or emotional abuse in a relationship.

The Domestic Violence Network uses The Change Project to encourage teens to have difficult conversations with their parents and peers. Currently, Indiana ranks third out of 30 states with the highest percentage of high school students who reported dating sexual violence in the past 12 months.

The pandemic has not helped.

“With COVID, there has definitely been an issue with young people being home all the time and not having school resources available or a safe, consistent adult they could talk to,” Lindsay Hill Stawick said. , associate director of DVM.

Stawick spoke with students at Pike High School about what unhealthy relationships look like and how to recognize those red flags through interactive activities.

“Using words to put you down and make you feel like you don’t matter are signs that start first,” Stawick said.

Some students said they didn’t always feel like the people in their lives took these red flags seriously.

“I think most of our parents are so used to toxic relationships in the past. It’s a generation thing. When we talk about it now, they say ‘you don’t know what you’re talking about’ or ‘it’s normal’; you should go,” student Fanuella Anthony said.

Stawick knows first-hand how life-or-death a situation teen dating violence can be. The Change Project was created in honor of Heather Norris and Coriana Johnson – two people Stawick knew personally. Norris was a close friend of Stawick and was murdered by her boyfriend in 2007. Johnson was Stawick’s little sister under the Big Brother Big Sister scheme. Although her case is still unsolved, Stawick knows personally that Johnson was in an unhealthy relationship before she was killed.

“They’re always on the forefront of trying to prevent this from happening to anyone else,” Stawick said.

Students in the class said they felt encouraged to speak up not only for themselves, but also for their friends. It’s a big step that could save a life.

What others are reading:

Every child in central Oregon receives $5,000 grant from Brooks Resources