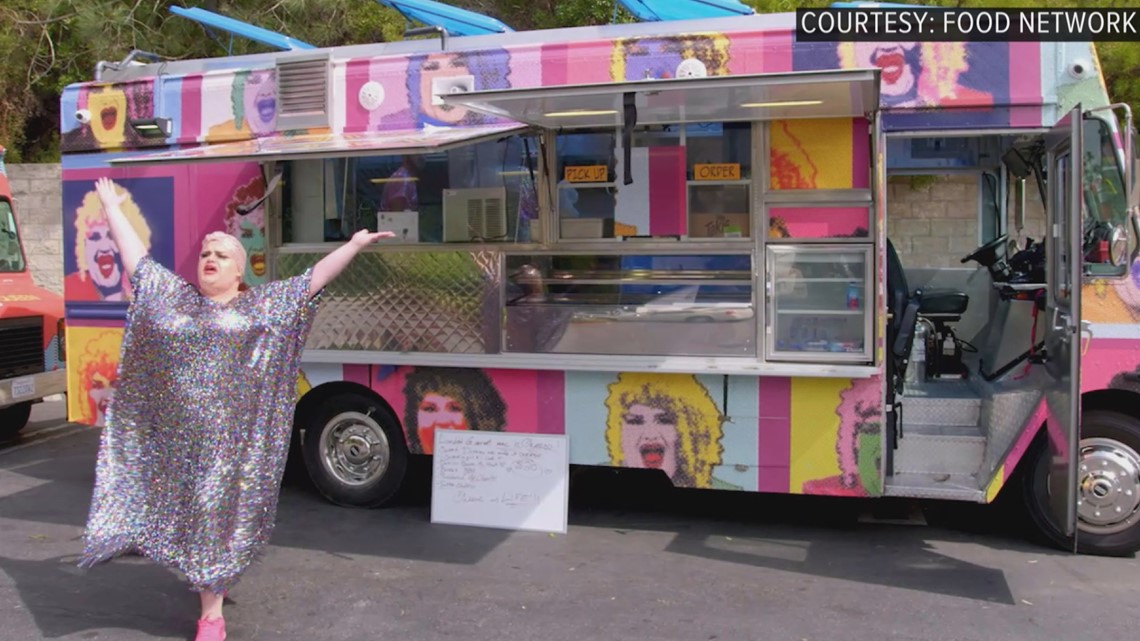 “Maybe Cheese Born with It” is the first-ever drag queen-owned food truck in the Midwest.

Maybe Cheese Born with It, a macaroni and cheese food truck owned by a drag queen, will be featured on Food Network’s The Great Food Truck Race this season.

Owner David Gedert, known as Sugar Vermonte while in drag, and his team Mahogany Reign and Keith Logue are relatively new to the food truck business.

“I started the truck last summer, just like a popup,” Vermonte said. “I’ve only done a handful of events and had a $400 mini RV.”

The food truck menu features variations of mac and cheese, including “Don’t Go Bacon My Heart” and “I Swissed a Girl and I Liked It.”

The team was selected after seeing an announcement on Facebook about the competition.

They will join eight other teams from across the United States to compete for the grand prize of $50,000 by completing challenges. This is the 15th season of the show, hosted by Tyler Florence.

“There were chefs who had decades of experience and Michelin-starred kitchens. I had only been doing it for three months,” Vermonte said. “There were tons of challenges, using ingredients I had never heard of and making dishes inspired by different things.”

Toledo locals have a chance to try Maybe Cheese Born With It this weekend at the Old West End Festival. The truck will be located near the Agnes Reynolds Jackson Arboretum on Robinwood Avenue.

Season 15 of The Great Food Truck Race premieres at 9 p.m. Sunday on the Food Network.