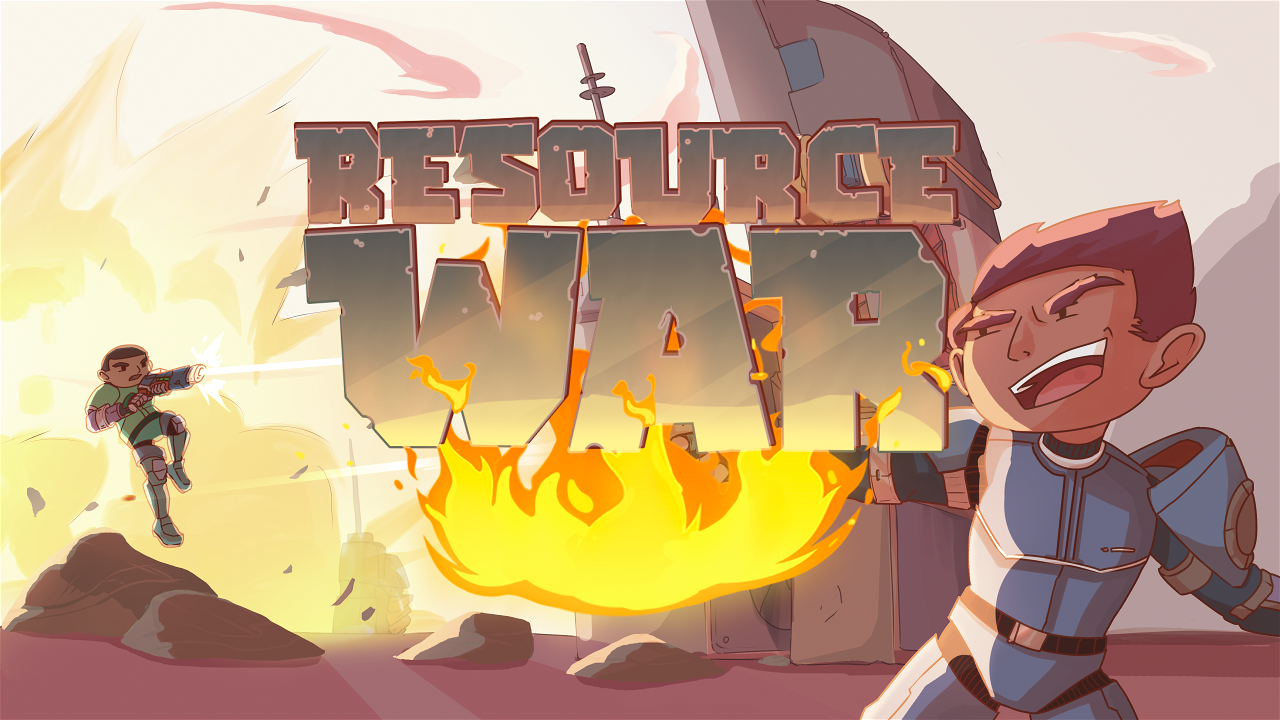 The first thing you need to know about Resource War is that it is part of a series.

And not just any series. This fabulous multiplayer RPG from Creauctopus is the latest game in the famous sci-fi franchise that debuted in 2019 with Ailment.

For the uninitiated, Ailment is a roguelike action RPG that sees you play as a crew member on a spaceship.

After an aborted rescue mission on another ship, you wake up from a three-day coma to find your friends and co-workers have turned into zombies out to kill you. Needless to say, your only immediate course of action is to kill them first.

Your longer term goal is to figure out what’s going on.

Ailment was followed in 2020 by Endurance, a prequel storyline set on the ship you were exploring before you find yourself embroiled in an interstellar zombie disaster.

There is also multiplayer, and this is the feature that Creauctopus has decided to unveil in Resource War.

Set 50 years after the events of Endurance, Resource War is a straight forward multiplayer RPG. There’s no big narrative setup and no zombie-based mystery to solve.

Instead, it’s just a lot of fun to shoot.

The action is team-based, with squads of four taking on countless other teams in massive randomly generated levels. Between rounds, you can upgrade your skills, change your armor, experiment with different weapons, and customize your look.

This is a simple yet highly polished RPG shooter set in a richly detailed universe.

Here are four reasons why you need to play Resource War right now.

It has a serious vintage

Anyone who’s ever watched a movie set in the Marvel Cinematic Universe knows the power of worldbuilding. Placing multiple games in the same universe feels like you’re coming into contact with a whole fictional dimension.

While Resource War doesn’t explicitly continue the story of Ailment and Endurance, it absolutely benefits from belonging to the same fantasy timeline.

It has genre straddling gameplay

Like Ailment and Endurance, Resource War refuses to stick to one genre. On the surface, it has a lot in common with other top-down shooters like Enter the Gungeon and Nuclear Throne. But it augments those influences with some innovative roguelike features.

Additionally, Resource War takes some cues from the RPG genre, allowing you to upgrade your character around your own personal playstyle.

Aside from what we’ve already told you about Resource War, one look at the trailer above will tell you just how in-depth its gameplay goes.

There’s all sorts of stuff going on, with weapons galore, teleporters, fantastic gear, and tons of customization options. But it all comes in a simple, cartoony package that you can enjoy right off the bat.

His presentation is stellar

Another perk of being part of an established sci-fi franchise is that Resource War comes with its own distinctive, fully realized aesthetic.

The graphics are detailed enough to make the world feel real. But at the same time, they’re simple enough to ensure there’s no visual clutter to distract you from your mission (i.e. kill everyone). Additionally, the characters all have their own unique and customizable appearance.

To get started, download Resource War for free right now from the Google Play Store.