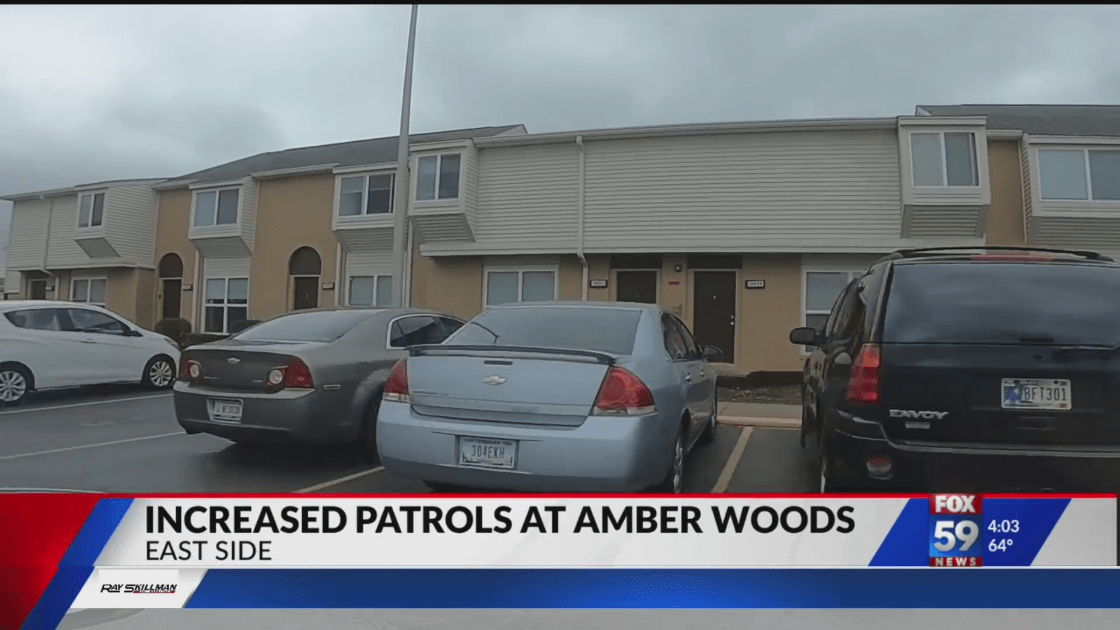 “We don’t just hide. We are here,” he said. “We want to make a difference for the good people who live here who are afraid to speak up, they are afraid to tell us who is committing these violent crimes.”

The IMPD often responds to reports of shots being fired on John Jay and John Marshal Drives in Amber Woods, sometimes leading officers to discover injured and murdered victims.

“This apartment we have in front of us was one of the ones we had a shooting in. It’s now vacant,” Kavanaugh said, pointing to the plywood that still covered the shattered front window of a two-story townhouse. floors. “There are a lot of good, hard-working people here. It’s just this younger faction of people who are in this complex just for crime. There’s no other reason for them to be here at the beyond narcotics and firearms.

IMPD is halfway through a month-long surge of officers and resources at the nearly 38 apartment complexand Street and Mitthoefer Road.

The surge is meant to send a message of law and order across the community now that the weather is warming and visitors and residents are moving.

“The last two or three weeks it’s been pretty quiet here. We haven’t had the number of shots fired that we’ve had in the past,” Kavanaugh said. “We end up arresting people for violent crimes and they end up here a few days later, which makes it very difficult for us to keep doing that.”

Kavanaugh and his uniformed team support undercover officers, federal agents, and parole and probation officers who are not always spotted by residents.

At one point recently, more than thirty outstanding arrest warrants came back to people listing Amber Woods as their address.

“We recovered some weapons. Yesterday a gun was stolen. The stop was made about half a mile from here and the guy had a gun that was stolen from Amber Woods,” Kavanaugh said. “We are finding more and more stolen guns these days than in the past.”

On Friday morning, WISP officers and federal agents will be knocking on the doors of the complex, handing out information and advising residents on what they can do to protect their own community.